ALSO HERE was a new cultural project developed for 2018 Honolulu Pride™ in partnership with The ARTS at Marks Garage. Curated by Lala Openi, it was an exhibition of portraits, artworks, and stories of, by, and featuring LGBTQI+ People of Color, inserting ourselves into the narrative with pride. 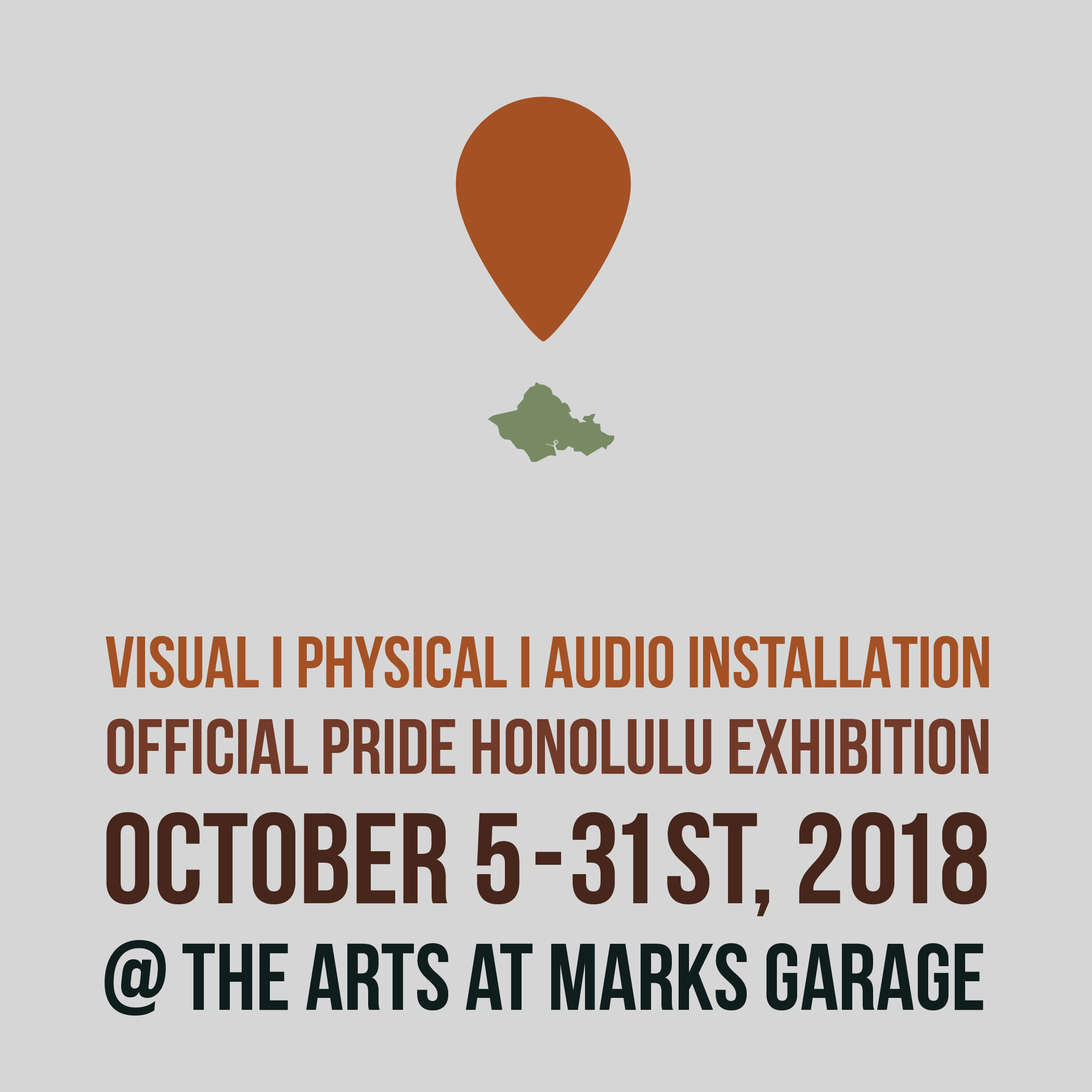 LGBTQI+ is not a monolithic group; it encompasses people of different gender identities, ethnic backgrounds, belief systems, life experiences, and presentations. We are also often made to feel left out of both consideration and conversation within media, institutional programming, healthcare, ownership of public space, etc. But one thing unifies us: we are multifaceted, and we are beautiful. 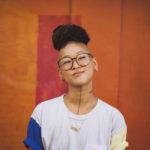 Lala Openi is a mixed-media artist & designer learning self actualization through colloquial  metamorphism, presently rooting in Honolulu Chinatown. Openi’s design & film work focuses on  bringing visual representation to the voices of non-profit organizations, fellow artists, community  arts centers, and POC-owned businesses in both the Oakland Bay Area and Hawai’i. Through  event curation, installations, film screenings, think pieces and art residencies throughout the Bay  Area and Honolulu, Openi’s body of work as solo artist is deeply rooted in their participation as a  member of acclaimed art & community collectives Veuxdo Child Films, The House of Malico, The  Contingency, and Them Hellas. Check out Openi’s work and film blog on the interwebs. 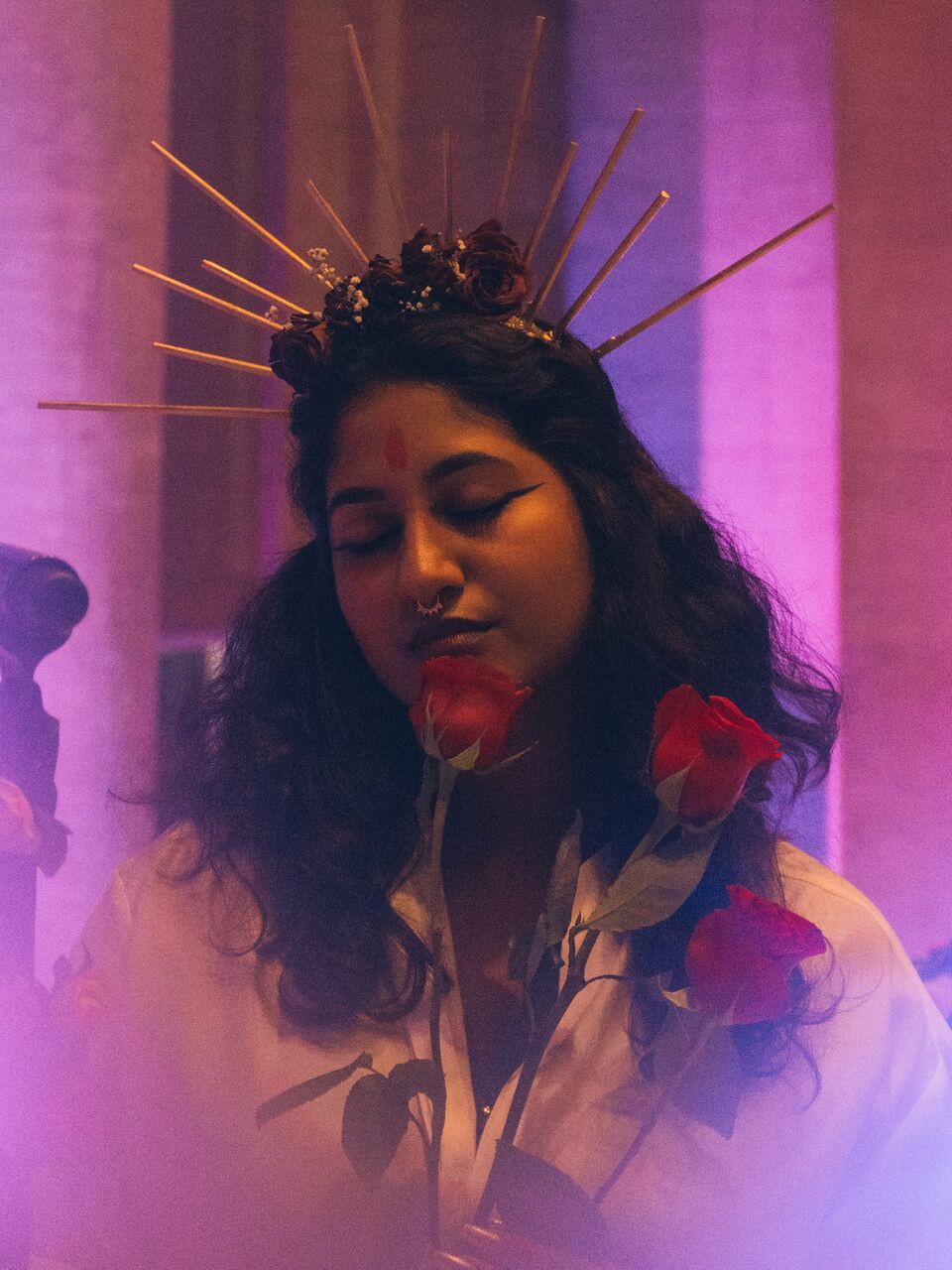 Anju Kasturiraj, daughter of Fatima, is a queer South Indian Tamil poet, visual storyteller, performance artist, and sister. Her namesake being a praise dance for the cosmic number 5 (ஐந்து) and the city of Los Angeles. Her work is informed by her connection to ancestral communication, altar building, mothers, bodies, and Divine Femme. This past year, Anju released her second poetry book, Songs for The Sun, and served as creative director for the San Francisco Asian Art Museum’s spring arts event, These Bodies Sing of Home, a diasporic exploration of the concept “Home.” 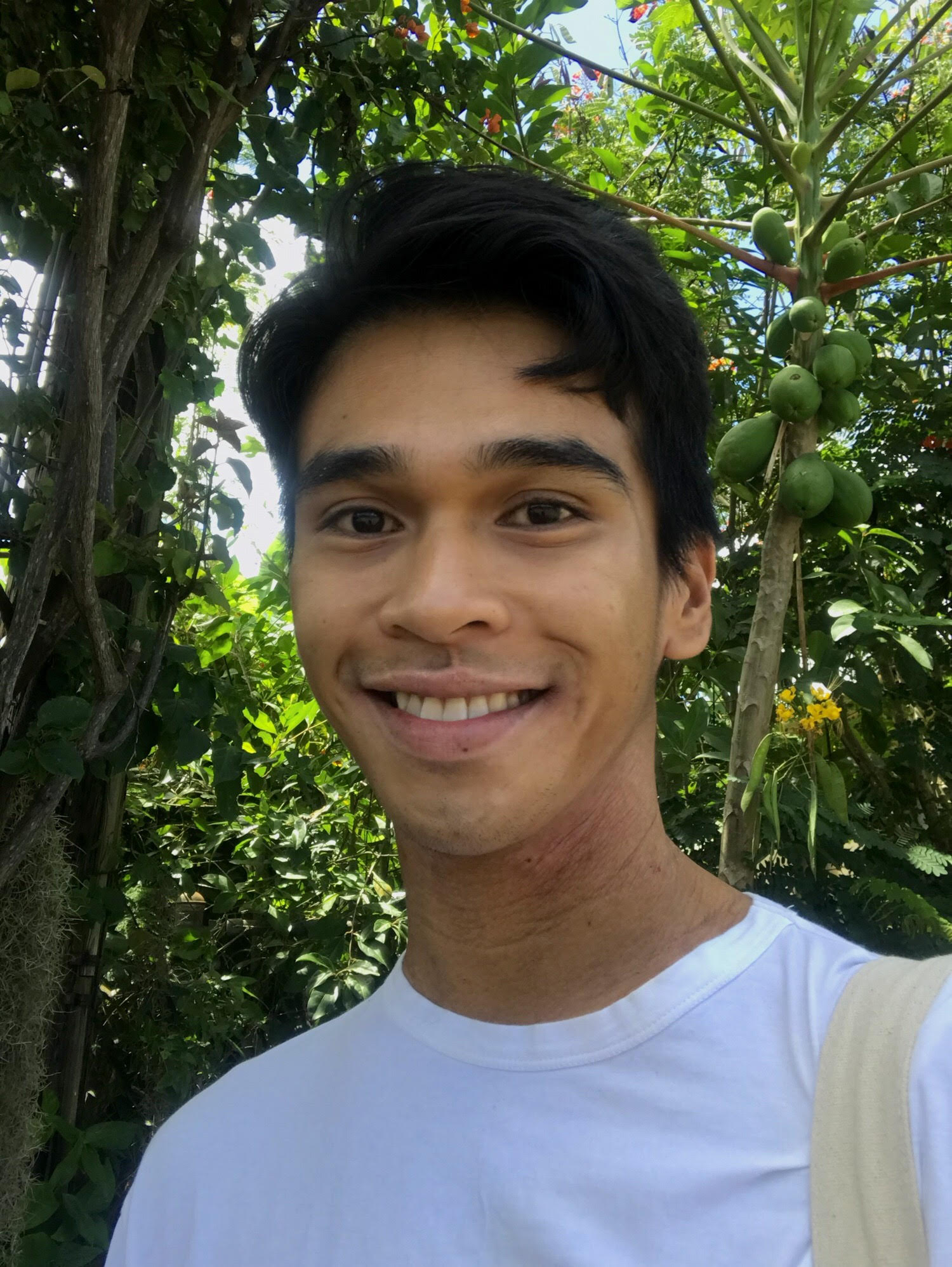 “3rd Generation born and raised in Hawai’i and I’m 100% Filipino Ilocano and Visayan, I love to  create new designs and graphics, singing in and out of the shower is a must!” Caesar Caberto Jr  was born and raised in O’ahu, Hawai’i. He studied Illustration at Parsons The New School of  Design (2017) in New York City. Shortly after he moved back to Hawai’i to freelance and  experiment with new projects. Caberto’s work focuses on Illustration and often times visually  telling stories. He has a fondness for experimenting with color and a knack for fantastical films.  His interests has helped spark many different projects such as Comic Books, Zines, Printmaking,  Sculpture and Stop Motion Animation. 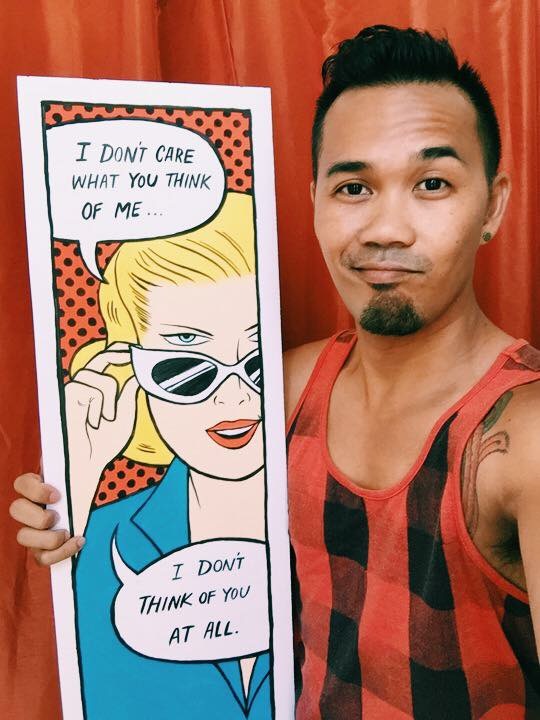 Originally from the plantation town of Waipahu, Cheyne now resides in Honolulu. As a child, his  drawing inspirations were saturday morning cartoons like He-Man & Thundercats. As a self-taught artist, his life changed after he picked up a copy of Stan Lee’s “How to Draw the  Marvel Way”. To this day, his main inspiration continues to be the king of comics Jack Kirby.  Cheyne’s work is quintessential pop art, combining his love of fierce females and art from the  Golden Age of Comics. Currently Cheyne is working with LOGOTV on paintings of LGBTQ icons  for pride month. Prior to that, he was hired by Condé Nast to create the key visual and branding  for their QUEEROES Awards show and with VH1 to create comic covers celebrating John Waters.  When not drawing or painting, Cheyne loves to play video games, binge-watch reality TV & play  with his little pupper Rocket. 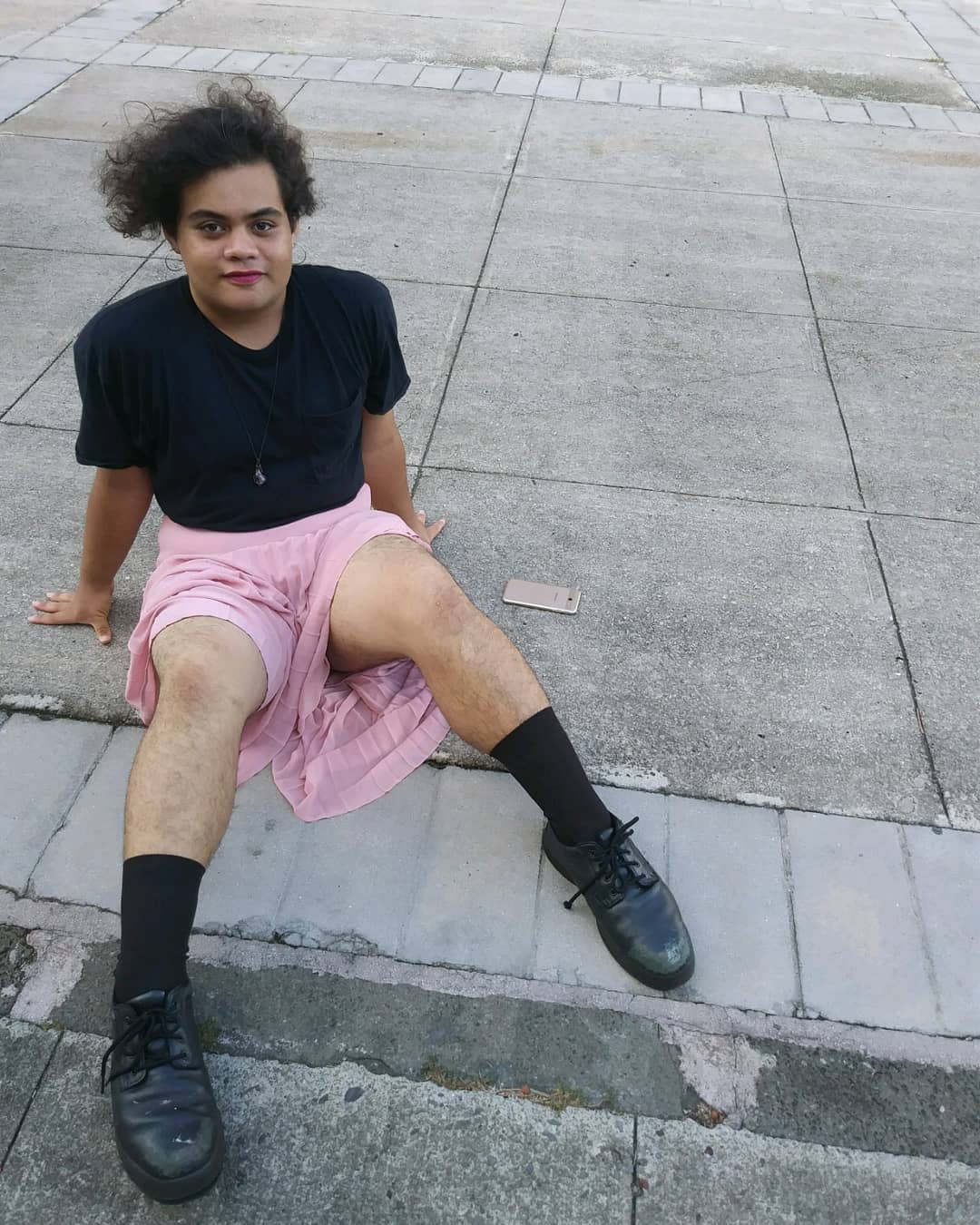 Chris Emory hails from the villages of Ili’ili, Leone, Sogi, and Malaeloa of Tutuila; from Vailele and  Leufisa of Upolu. She is a Fa’afafine (Samoan third gender) artist, filmmaker, photographer, poet,  cultural practitioner, and prospective college student of Samoan, Uvea-Futunan, Niitsitapi, and  European descent. Within her works, she seeks to project better realities for the Pasifika, Queer  peoples, and does so through a variety of artistic mediums. Chris attributes her achievements to  her dreaming, her amazing circle of loved ones, and her ancestors. 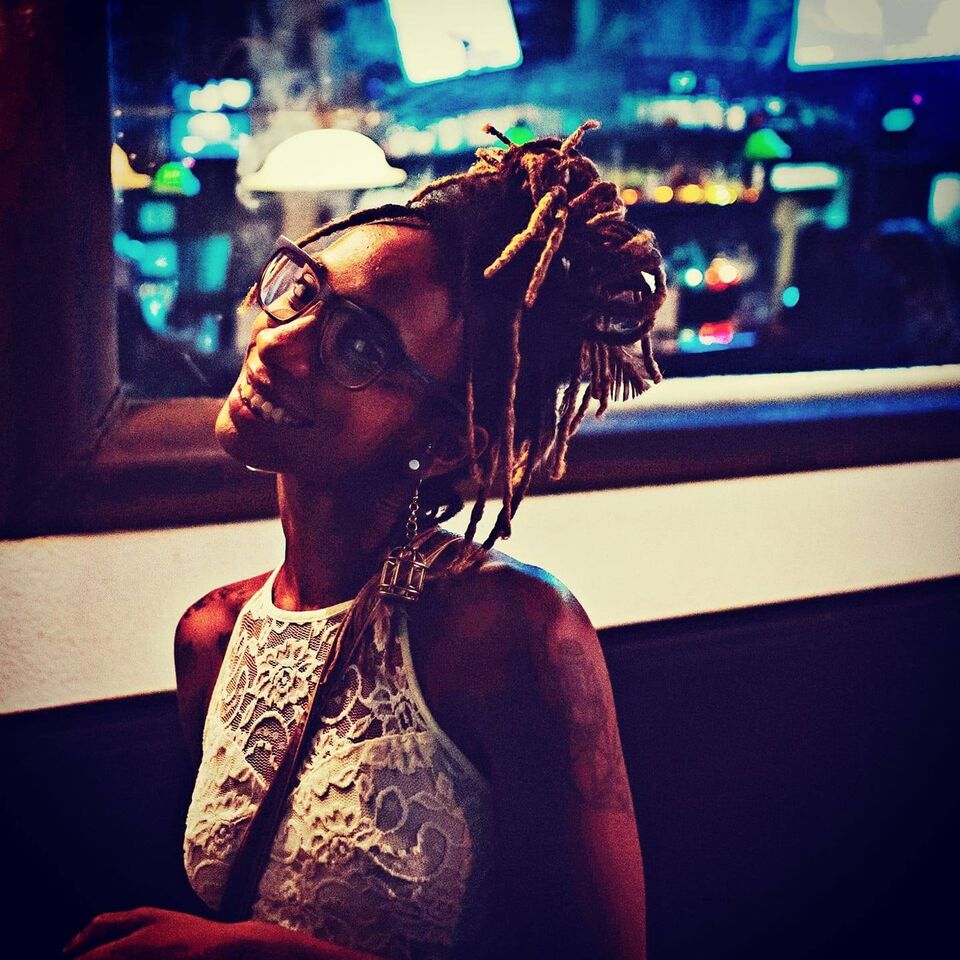 Destiny Sharion is a spoken word artist born and raised in Anchorage Alaska. She has lived on the island for the past five or six years and now calls Oʻahu home. Destiny was part of the slam team that represented Hawaiʻi at nationals in both 2017, 2018 and was the Hawaiʻi representative for the 2018 Women of the World Poetry Slam. Her poetry is mostly centered around healing, self discovery, and revolution. 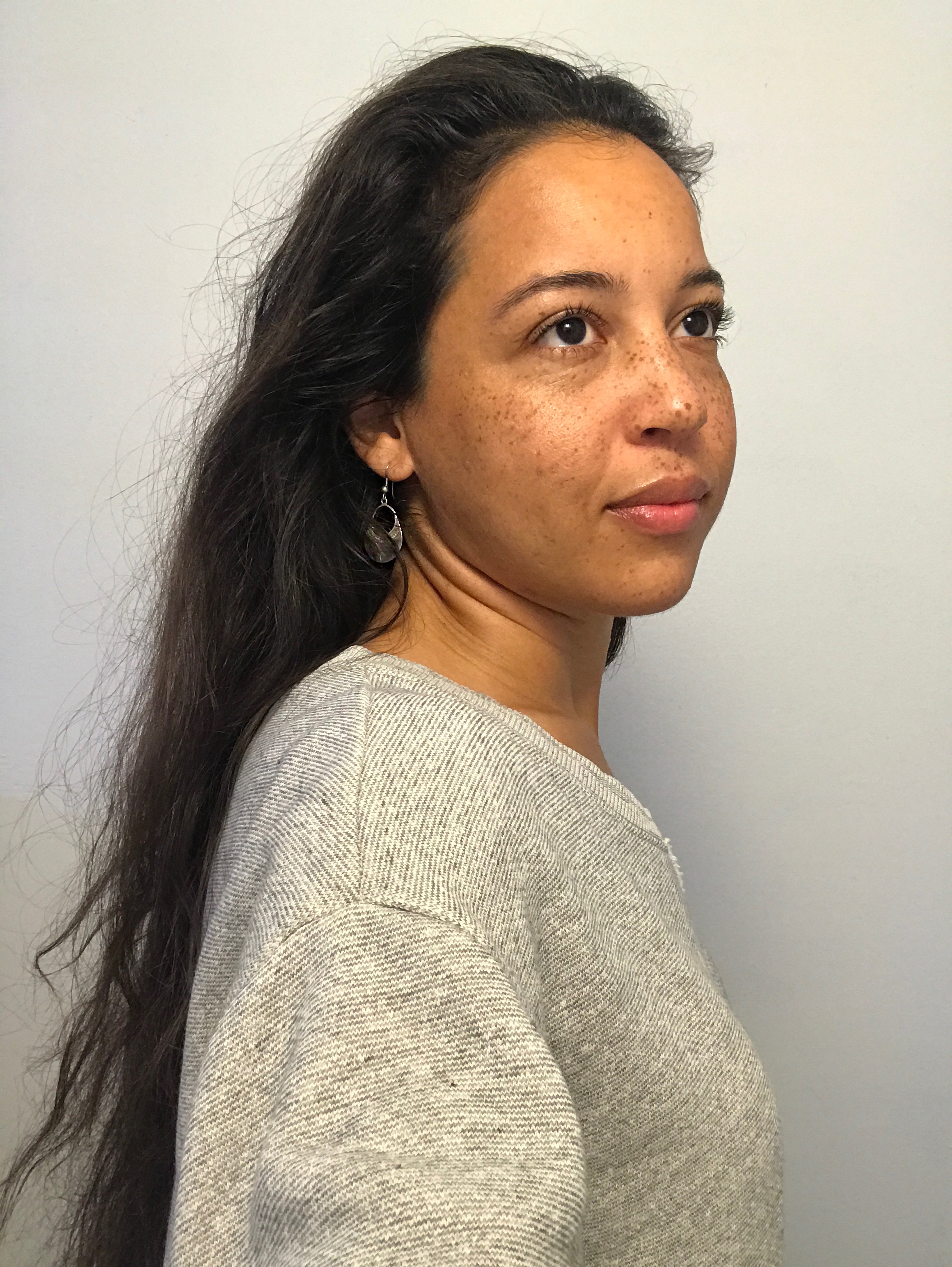 Emily Kandagawa is a Hawaiian national and queer femme of African-Native American descent.

Her paternal grandparents are West African, Moorish, and Mississippian/Southeastern Woodland peoples. Their waters are the Mississippi River Delta, their mountains are the Appalachians, and their desert is the Sahara. Her maternal grandparents are from Napoli, Italy; Delarna and Stockholm, Sweden; Donegal and County Cork, Ireland; and Hilo and Kailua-Kona, Hawaiʻi Island, Ke Aupuni o Hawaiʻi. Their mountains are the Appennini, the Scandes, the Derryveagh, Koʻolaupoko, and Mauna a Wākea.

Emily is a popular educator, researcher, and student of ancestral birthwork and medicinal practices. They hold degrees in Political Science from Indian River State College; Anthropology from Hawaiʻi Pacific University; and Land-Based Indigenous Education from the University of Saskatchewan.

Their work focuses on raising public consciousness around the political and legal history of the Hawaiian Kingdom under prolonged U.S. occupation. They are dedicated to facilitating the cross-pollination of social, environmental, and political liberation movements through creative projects and cultural practice; and supporting historically marginalized communities in the reclamation of their lands and their stories toward restorative justice and the healing of past, present, and future generations. 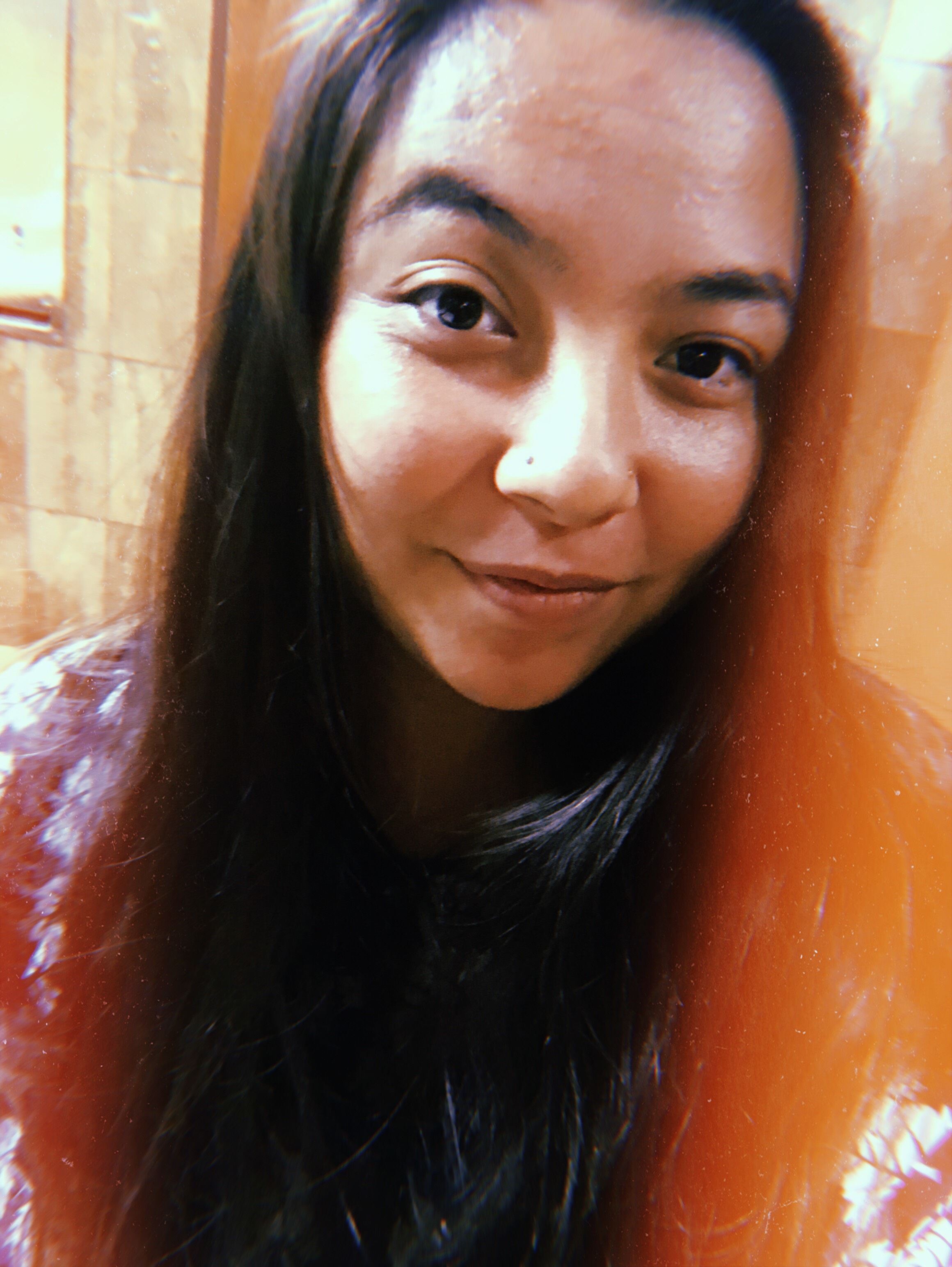 Leilani Portillo is a queer multiracial Kanaka Maoli poet and potter that was born and raised on the outskirts of San Francisco. She came to Hawaiʻi in 2012 and has since been exploring her kuleana as a kanaka from the diaspora returning to her ancestral homeland. She resides in Mānana, HI and is working on her MA in Poetry at the University of Hawaiʻi at Mānoa. Most of her work focuses on multiracial (Hawaiian) identity in the diaspora and reconnecting to Hawaiian  culture and values. 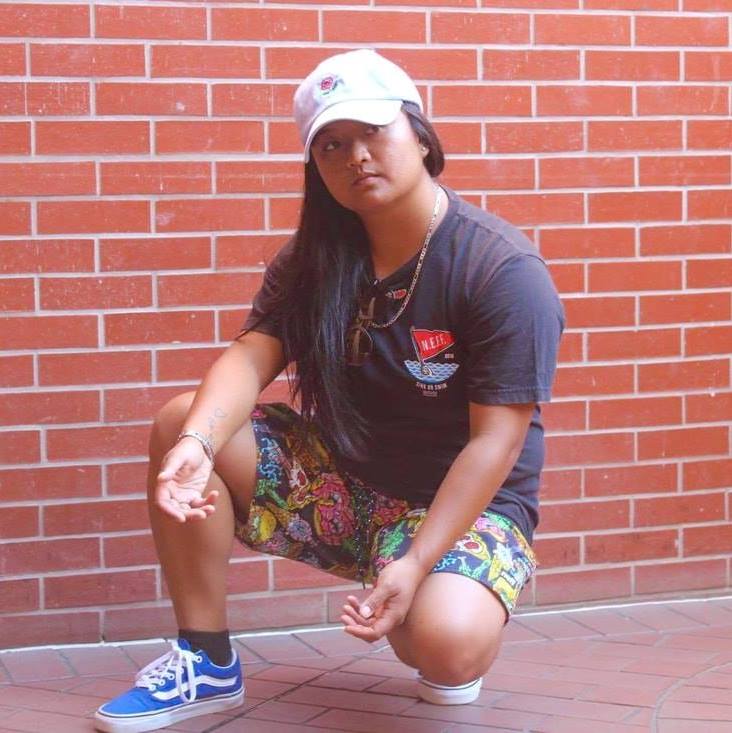 “My name is Jesand Amodo (aka JehzanExclusive) and I’m a pinay rapper & entrepreneur born,  raised, and residing in Honolulu, HI. I use music to express myself and to talk about what’s going  on in my life and community. My goal is to use music to uplift those around me, and instill my  message of self-empowerment, ambition, and work ethic especially for POC’s and other young  pinays. I’m 27 years old, third generation Filipino-American (Ilocano), US Army Veteran, and the  2nd person in my immediate family to obtain a college degree (following my mother, Jessica  Balanay). Aside from my music, I’m a professional educator; I teach business courses at  Remington College as well as Hip Hop/Rap at Central Middle School. Lastly, I own and operate  my freelance online marketing consulting company – Jesand Amodo Consulting. I am currently  fundraising and planning to go on my first tour in Davao, Philippines in February 2019.” 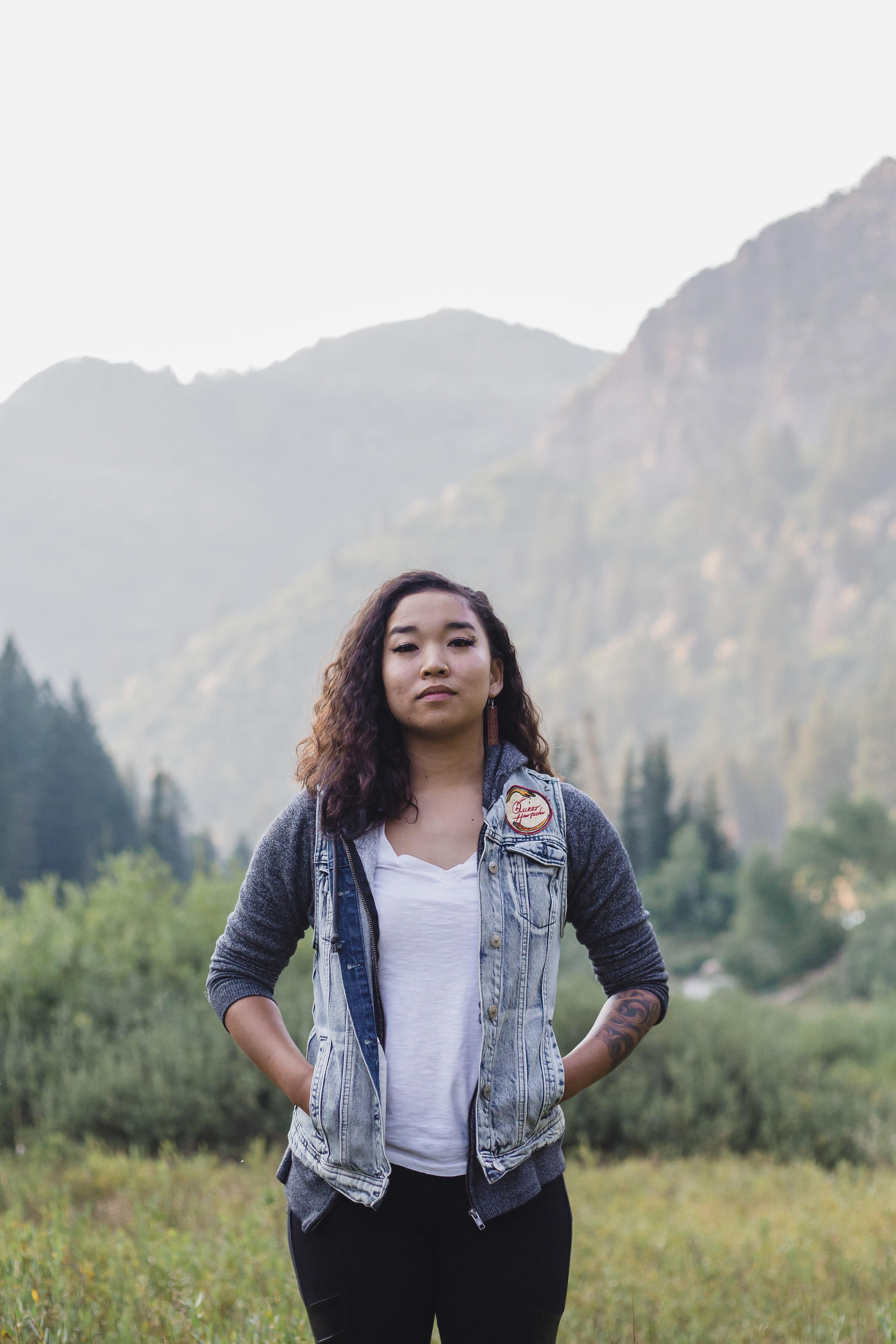 Jocelyn Kapumealani Ng is a queer Kanaka Maoli womxn of mixed descent, born and raised on  the island of Oʻahu. As a multi-dimensional creative, she is a multi-time international slam poetry  champion, a special effects make-up artist, body painter, theater performer, photographer and  fabricator. Her work revolves around accessibility, representation, storytelling and healing. Her  most recent body of collaborative interdisiplinary work, “She Who Dies To Live” was featured in  the Smithsonian Asian Pacific American Center’s culture lab exhibit ‘Ae Kai and will be touring in  2019. To experience her transformation body art, you can find her on the “Art World Escape” app.

To learn more about the artist:  www.JocelynNgPoetry.com and on Instagram: @jocelynkng

Lala Openi is a mixed-media artist & designer learning self actualization through colloquial  metamorphism, presently rooting in Honolulu Chinatown. 5th-generation San Francisco Bay-bred  “American-Born Chinese,” Openi utilizes digital, tactile and auditory art forms to activate  narratives of identity and engage in introspective conversation on the ever-shifting cultures of  both self and space. Recurring themes in their work include truth-seeking and self-investigation as a healing life practice, and narratives of empowerment amongst people of color through visual  & auditory storytelling. 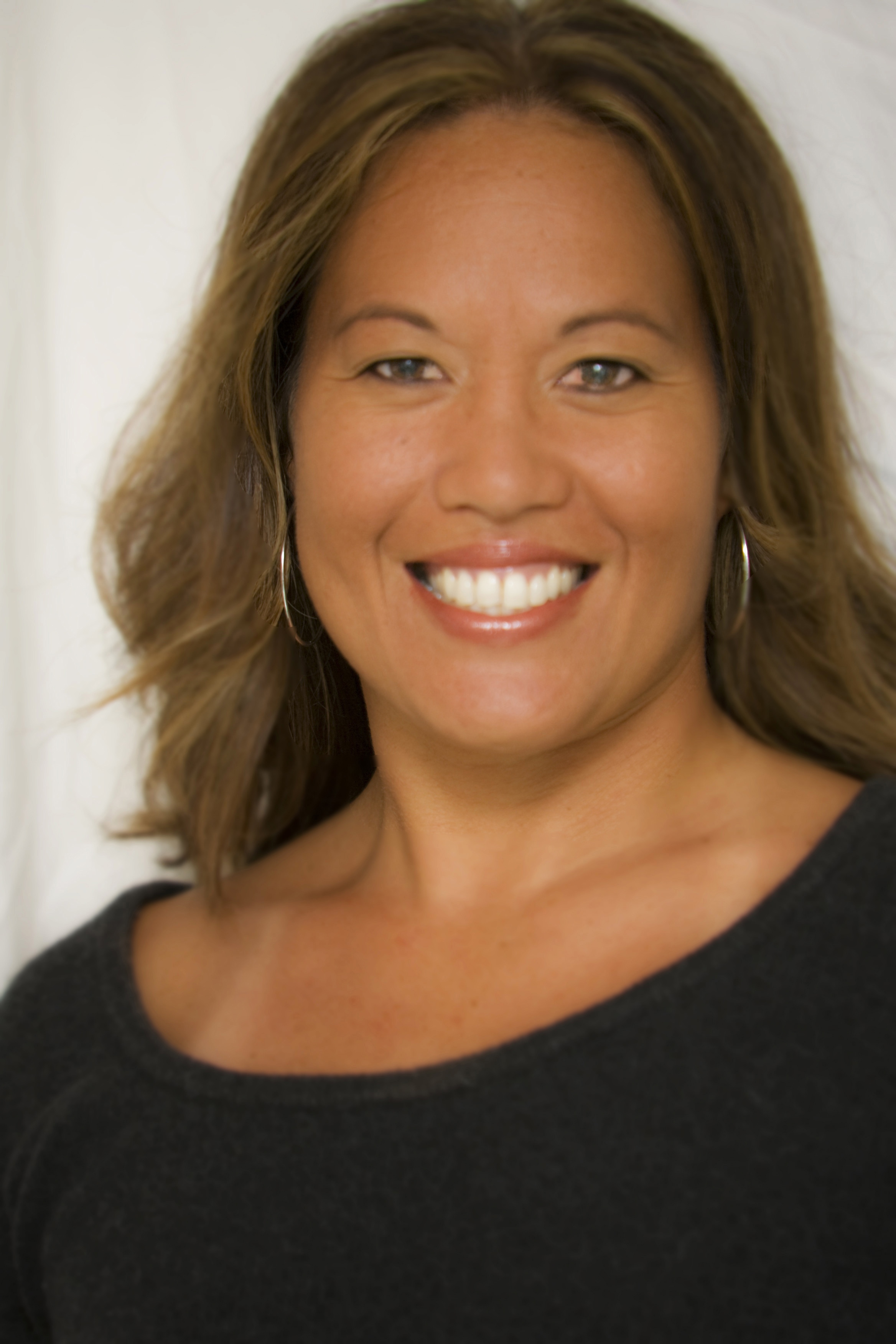 Chaunnel “Pākē” Salmon is a Hawaiian artist, activist, actor, commercial ﬁlmmaker, photographer  and water woman born and raised in Hawai’i. She comes from the most western part of the island  of Oʻahu called Makaha Beach. Her inspiring and creative multimedia work consists of imagery on  land, air, and in the sea and surf. She comes from a small Hawaiian community of legendary  surfers and watermen and water women. She was raised as a “keiki o ke kai” a child of the sea.  Her passion is documenting Hawaiian ocean lifestyle, nature, the heavens and the stars, cultural  practices and geopolitical issues. Pake is known for big wave surfing and is also known for  having a camera in her hand most of the time. She loves being a voice and advocate for her  community and Hawaiian people whom are disenfranchise and are struggling.

As a professional  artist she creates commercial work, philanthropic films, and powerful imagery that narrates and  educates people globally on social justice, environmental awareness, and cultural issues that  impact her community and people. She continually makes a positive difference in her local  community by inspiring health and wellness and creating imagery that she believes can help  reconcile the struggle and heal the viewer.

Her artistry is never self serving. Ms. Salmon continually supports her community by documenting  traditions and speaking to her politicians locally and in Washington D.C. She enjoys teaching and  mentoring the youth in ocean awareness and multimedia productions. “Pākē” is a versatile  business women who is developing her art practice. She has a deep passion for documenting  and producing Polynesian story telling. 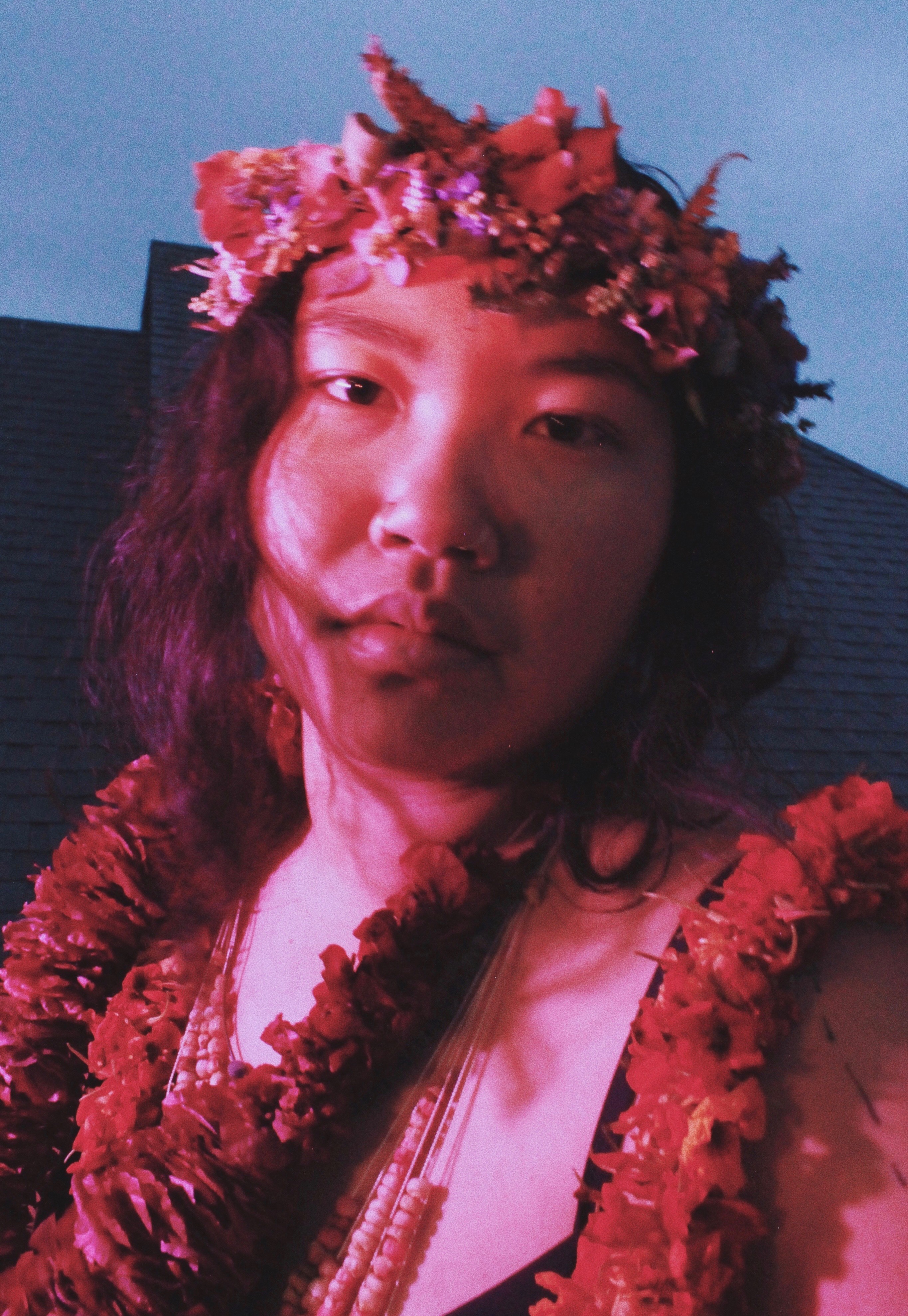 Ray is the grandchild of Marilyn Tsukayama, Hideo Tsukayama, Patricia Lee, and Dennis Lee. They were born and raised in Ahuimanu by Jay and Neil Tsukayama. Ray is a queer Kanaka Asian settler on Ohlone land. Their home is a Sunset rooftop after midnight and Alawiki rain gutters after November.

Reed Glover, under the pseudonym of Rehash, is a trans-masculine hispanic identical twin from Oʻahu. He is a self taught artist, primarily working in digital and oil painting mediums that focus on past experiences of abuse and reality of recovering, transgender inequality and visibility, and gender conformity. His current interest is exploring the disconnect between physical sensations and emotional experiences. Reed is known for his volunteer poster work with the Honolulu division of Sofar Sounds. 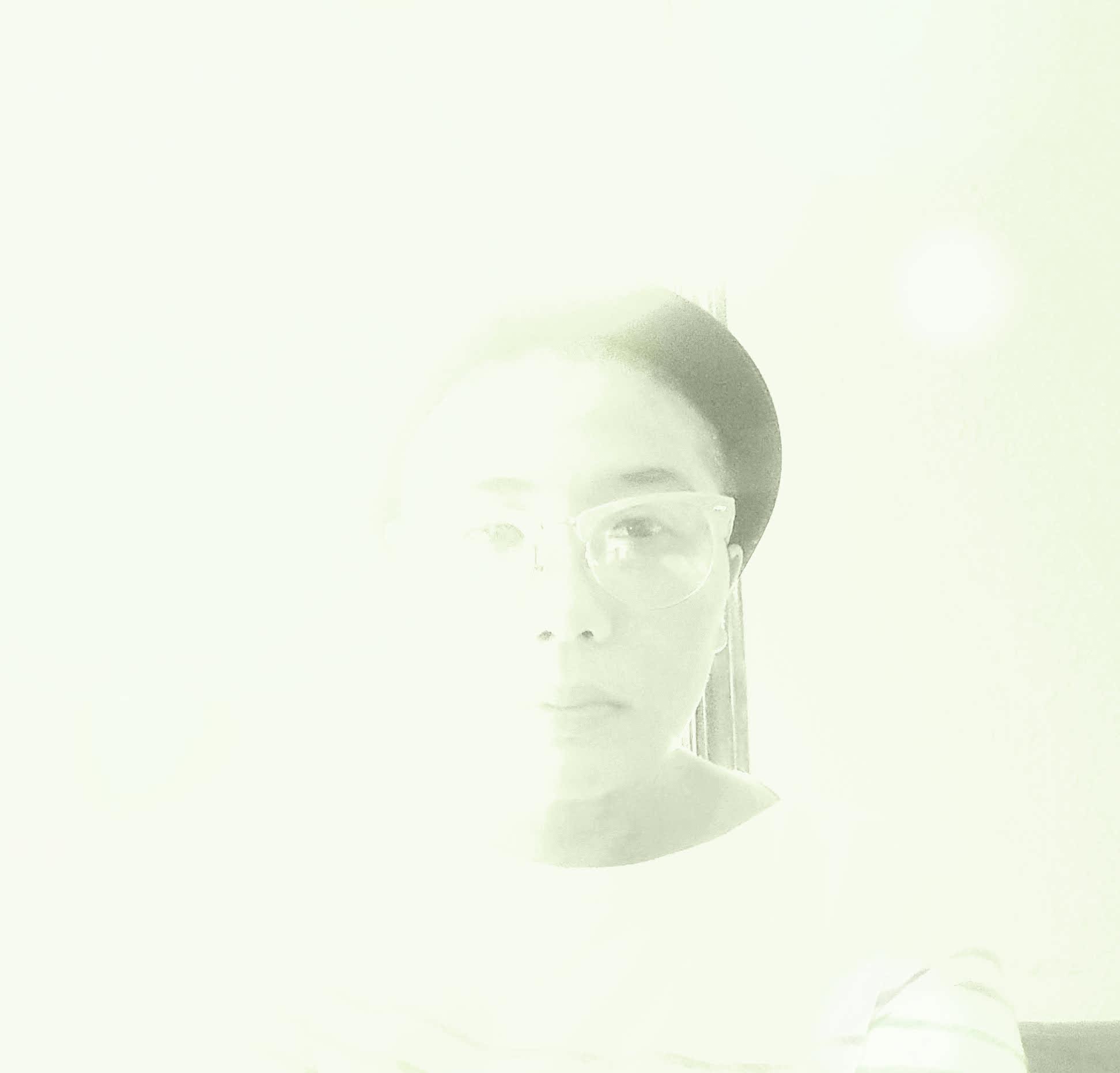 A proud Oakland resident, photographer Sunshine Velasco was born in the Philippines and  raised in Oʻahu and in Milpitas, California, daughter and granddaughter of Pilipino immigrants. She  is a queer-identified Pilipina who pushes social and political boundaries to convey images  through portraits, fine art, and documentary projects.

Sunshine’s images have been featured in daily newspapers such Asian News and The  Roundup-News, The Daily Californian, KQED, San Francisco Chronicle (print and digital) and the  web outlet mattblack.com. Additional media coverage has included Asian and Pacific Islander  Heritage Month as well as Makeshift Magazine. Her work has also been exhibited throughout the  Bay Area at venues such as Betti Ono Gallery, SomArts Gallery, and as part of curated multimedia  events such as Outside the Frame Film Festival, and Kearny Street Workshop’s 2015 APAture  Festival. 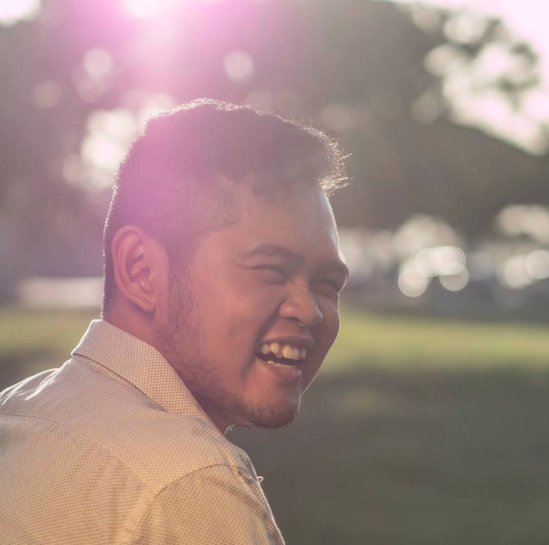 Von’s conservative and Catholic upbringing did not deter his passion in delving into the sexuality and sensuality aspects of the arts. Moving to Honolulu from the Philippines in 2009, Von developed his cartoonist and comics-inspired style into the higher forms of art through his high school art teacher at Farrington High School. He blends various mediums but primarily uses watercolor and colored pencils. Von sites Gustav Klimt as his major artistic influence, which includes Edward Munch and Vincent Van Gogh.

His current projects explore narratives of minorities on the artistic lenses. He seeks to subvert the “white male gaze” in the context of art history as well as reestablish the pre-colonial Filipino aesthetics such as patterns, styles, and calligraphy.