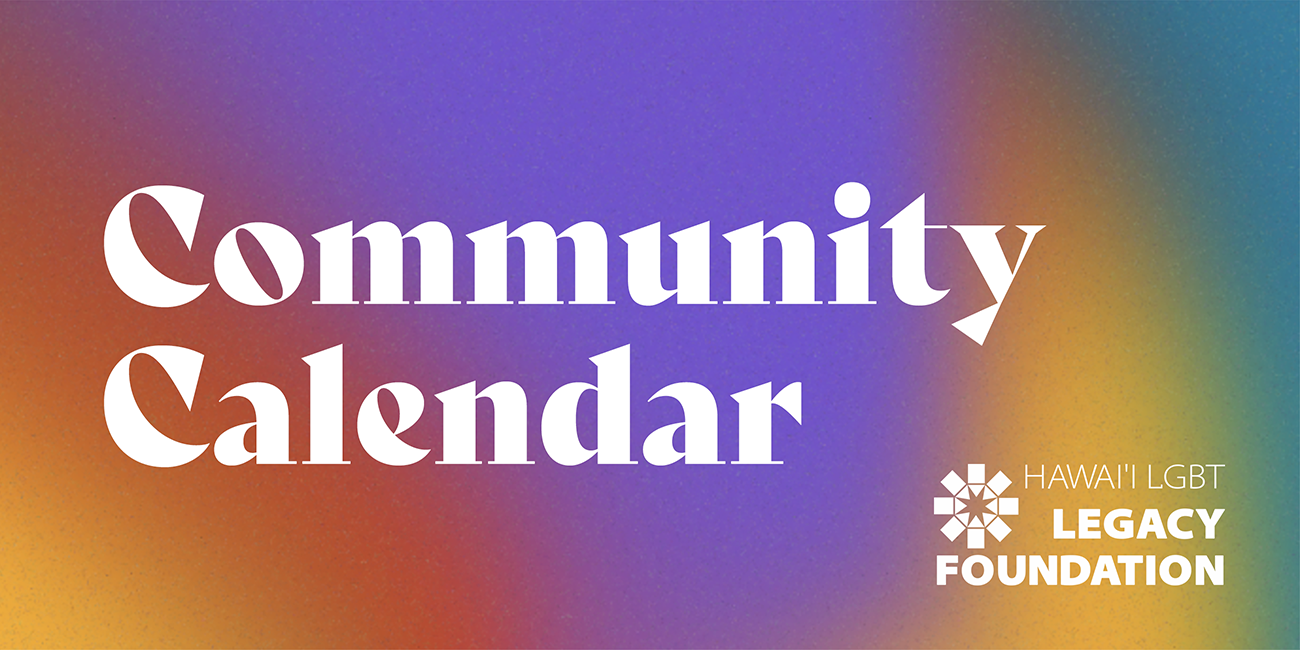 This Community Calendar will only be updated occasionally during October 2022. Visit
HONOLULUPRIDE.COM for all the details on events during Honolulu Pride Month. Mahalo.

Tig Notaro is a groundbreaking stand-up comedian, actor, writer, producer, and director originally from Mississippi. Hailed for her effortless storytelling and fearless stage presence, her subject matter ranges from the delightfully absurd to the monumentally serious.

Rolling Stone recently named Tig “one of the 50 best stand-up comics of all time.” Tig and her wife/writing partner Stephanie Allynne sold the screenplay First Ladies to Netflix with Jennifer Aniston attached to star as the first female President of the United States, and Tig starring as the First Lady.

Tig was nominated for both an Emmy Award and a Grammy Award for her 2015 HBO special Boyish Girl Interrupted. She received a GLAAD Award nomination for the Netflix Original Documentary Tig. Her memoir, I’m Just a Person, is a New York Times Bestseller.