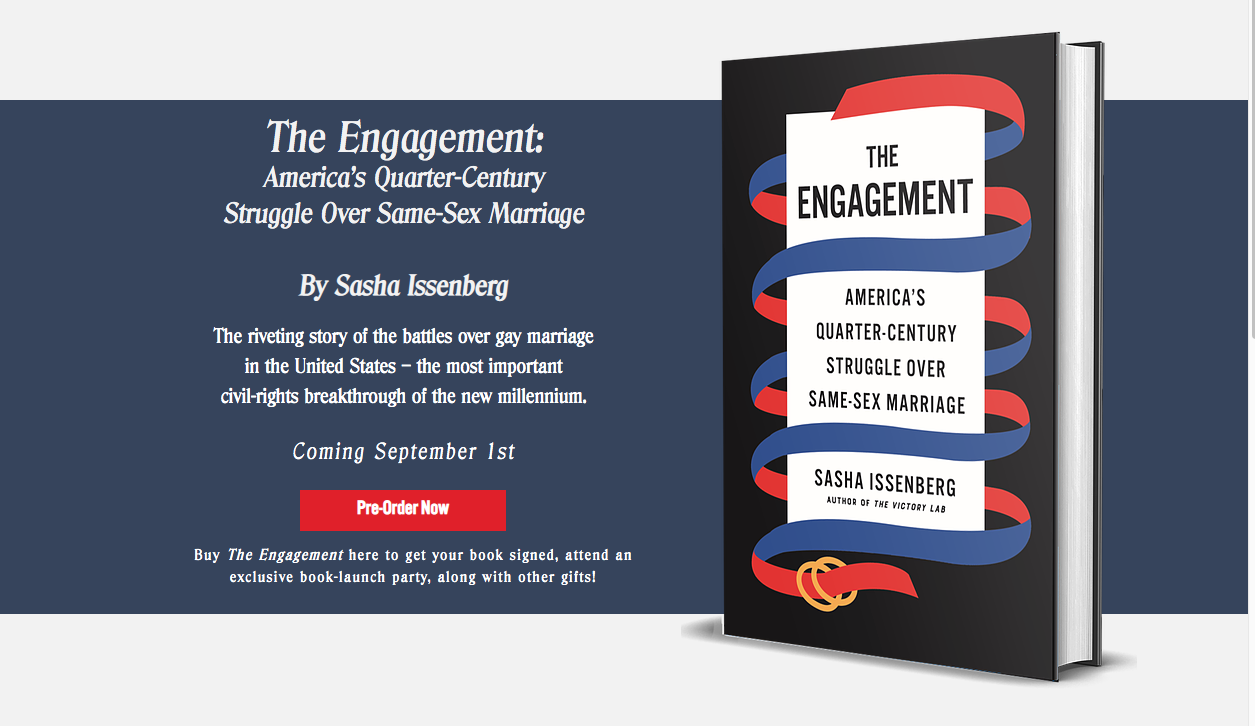 The road to making same-sex unions legal was much longer than many know. In this seminal work, Sasha Issenberg takes us back to Hawaii in the 1990s, when that state’s courts first started grappling with the question, through the emergence of the Defense of Marriage Act in 1996 that raised marriage to a national issue, to the first legal same-sex weddings in Massachusetts, to the epic face-off over California’s Proposition 8, and finally to the landmark Supreme Court decisions of Windsor and Obergefell.

The meticulously reported narrative follows the coast-to-coast conflict through courtrooms and war rooms, bedrooms and boardrooms, to shed light on every aspect of a political and legal struggle that divided Americans like few other issues have.  Following a cast of characters who courageously sought their own right to wed, those who fought to maintain the traditional definition of marriage, and those who changed their minds about it, The Engagement is sure to become the definitive book on the modern culture wars.

Stay tuned for more details on Fall 2020 book-launch parties, including an exclusive one here in Hawaii hosted by the Hawaii LGBT Legacy Foundation and featuring Hawaii’s civil rights pioneers like Daniel Foley, among others.