Projects and programs that educate, unify and empower LGBTQ+ people as integral members of Hawaii’s larger diverse community.To have your program listed, contact: calendar@hawaiilgbtlegacy.com Please note, the Hawaii LGBT Legacy Foundation (HLLF) provides this Community Calendar as a service to the community. For more information about particular listings, please contact the presenting organizations, not HLLF. Read our disclaimer here. Mahalo. 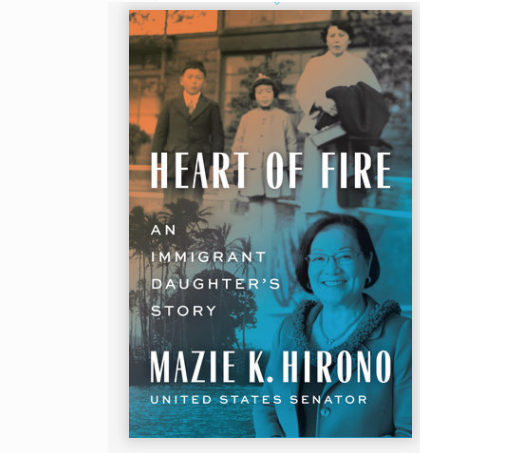 The intimate and inspiring life story of Mazie Hirono, the first Asian-American woman and the only immigrant serving in the U.S. Senate. // “[A] sparkling, revelatory memoir.” —Oprah Daily // “If a life can be called implausible, Mazie Hirono has lived it. In Heart of Fire, she tells an astonishingly compelling story. As a child born in postwar Japan, she crossed an ocean with her brother and mother, grew up in poverty in paradisiacal Hawaii, and emerged as a fiery voice and agent of change in the male-dominated, rough-and-tumble worlds of American politics. Powerful, poignant, and beautifully told, Heart of Fire is her inspiring, singular story.” —George Takei, New York Times bestselling author of They Called Us Enemy // “One of the finest political memoirs in the history of the genre.” —Library Journal, Starred Review