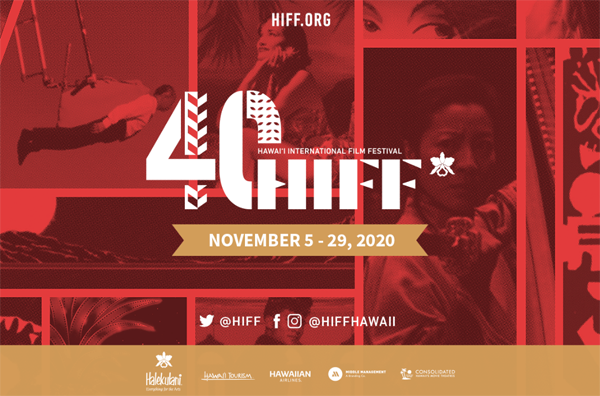 The 40th edition of the Hawai‘i International Film Festival (HIFF) presented by Halekulani will run November 5th through the 29th. This year’s festival will be a hybrid of in-person (at select Consolidated Theaters locations on Oahu) and virtual screenings, making HIFF — for the first time ever — accessible to audiences all across the United States. In continuation of HIFF’s mission to advance understanding and cultural exchange among the peoples of Asia, the Pacific and North America by presenting films from around the world, the festival will present over 200 films from 25 countries, and 17 world premieres.