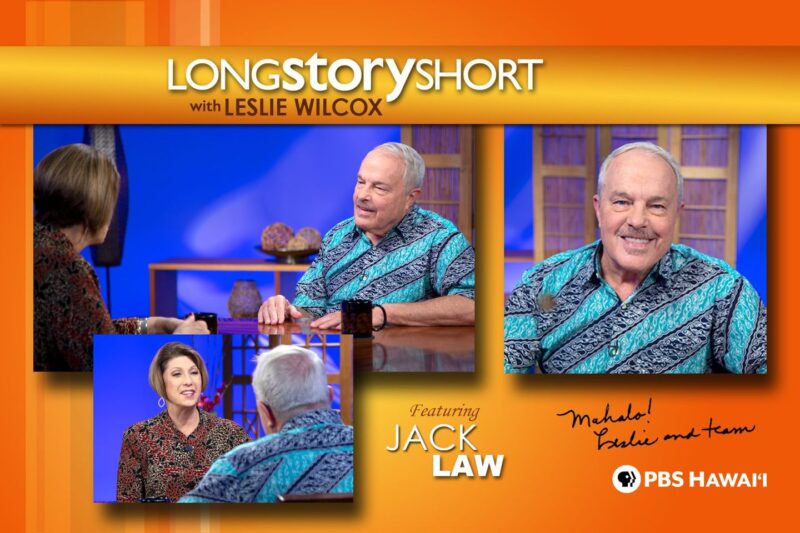 “I’m a businessman who happens to be gay,” says Hula’s Bar and Lei Stand owner Jack Law. Growing up in Detroit, Michigan, Law moved to O‘ahu in 1966 to attend the University of Hawai‘i at Mānoa. But school was short-lived once Law says he discovered himself and opportunities to pursue his dream of working in the entertainment industry. In 1974, Law and business partner Bob Magoon decided to open a nightclub on a piece of property in Waikīkī owned by the Magoon family. According to Law, “I said, ‘Bob, we don’t know anything about the bar business.’ He says, ‘Oh, how hard could it be?’” More than four decades later, Hula’s is still standing. Many may remember the original location on Kūhiō Avenue with its iconic banyan tree. The bar has since moved towards the Diamond Head end of Waikīkī.
Law is also an advocate for civil rights for the LGBTQ community. He was a founding member of the Life Foundation, a nonprofit organization that was one of Hawai‘i’s and the country’s first programs focusing on HIV/AIDS. He also created the Honolulu Rainbow Film Festival which celebrated its 31st anniversary this year by going virtual due to the COVID-19 pandemic.
Long Story Short with Leslie Wilcox features engaging conversations with some of the most intriguing people in Hawaiʻi and across the world. Guests share personal stories, experiences and values that have helped shape who they are.
+ Google Calendar+ iCal Export