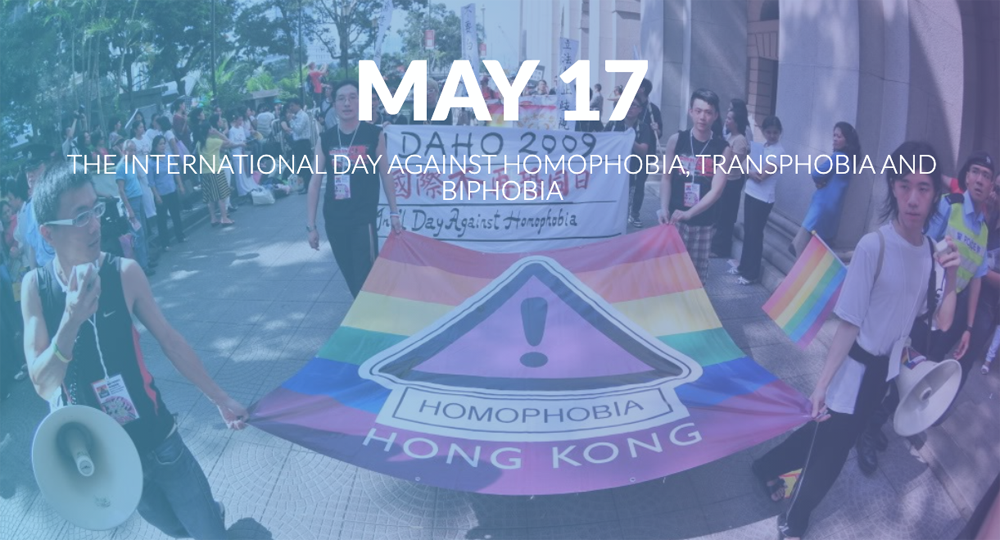 The International Day Against Homophobia, Transphobia and Biphobia was created in 2004 to draw the attention to the violence and discrimination experienced by lesbian, gay, bisexual, transgender, intersex people and all other people with diverse sexual orientations, gender identities or expressions, and sex characteristics.

The date of May 17th was specifically chosen to commemorate the World Health Organization’s decision in 1990 to declassify homosexuality as a mental disorder. The Day represents a major global annual landmark to draw the attention of decision makers, the media, the public, corporations, opinion leaders, local authorities, etc. to the alarming situation faced by people with diverse sexual orientations, gender identities or expressions, and sex characteristics.

May 17 is now celebrated in more than 130 countries, including 37 where same-sex acts are illegal. Thousands of initiatives, big and small, are reported throughout the planet.

To learn more, visit our Resources page for groups that support, celebrate, protect and advocate for the LGBTQIA+ community. If you have an event you would to have included in this calendar, please email calendar@hawaiilgbtlegacy.com.