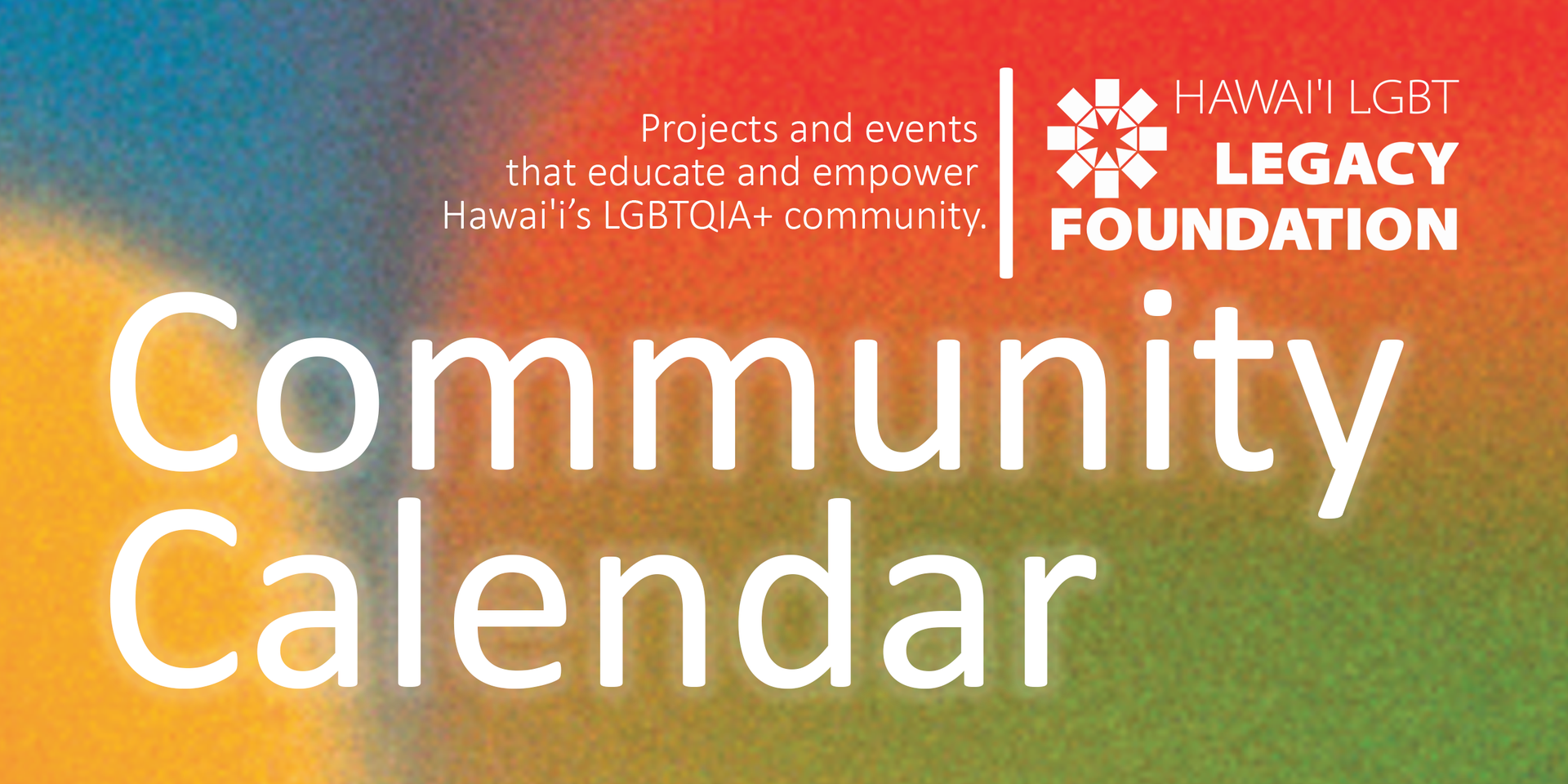 Projects and events that educate, unify and empower LGBTQ+ people as integral members of Hawai’i’s larger diverse community. To have your program listed, contact: calendar@hawaiilgbtlegacy.com Please note, the Hawai’i LGBT Legacy Foundation (HLLF) provides this calendar as a service to the community. For more information about particular listings, please contact the presenting organizations, not HLLF. Read our disclaimer here.  Mahalo.

The Honolulu Rainbow Film Festival (HRFF), one of the longest-running and most respected queer film festivals in the country, is celebrating its 33rd anniversary. HRFF is especially well known as a bridge between Hawai’i and the Pacific, Asia, and the USA. HRFF is an IMDB-qualified festival and member of the Asia Pacific Queer Film Festival Alliance.