Growing up Filipino-Hawaiian in Hawai’i: A Conversation 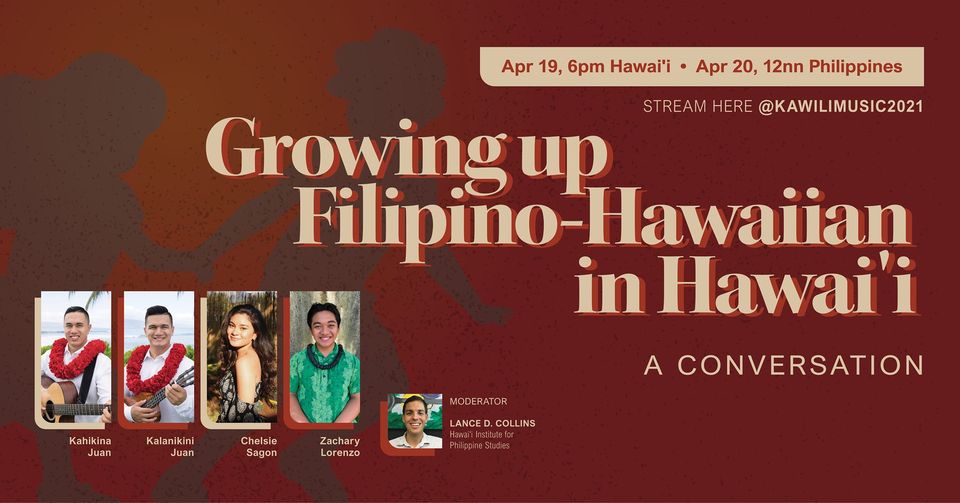 Young musical artists from the album Kāwili talk about their experiences growing up both Hawaiian and Filipino in Hawai’i in this conversation moderated by Lance D. Collins, with Kalanikini and Kahikina Juan, Chelsea Sagon and Zachary Lorenzo. The Kāwili project is a playful musical reinterpreting of traditional Philippine folksongs as Hawaiian mele, and seeks to re-envision the encounter between Filipino and Hawaiian cultures, peoples, identities and languages in Hawaiʻi.

Proceeds from the sale of Kāwili will benefit the Refugee & Immigration Law Clinic at the William S. Richardson School of Law and the Ilokano Language and Literature Program at the University of Hawai‘i at Mānoa.