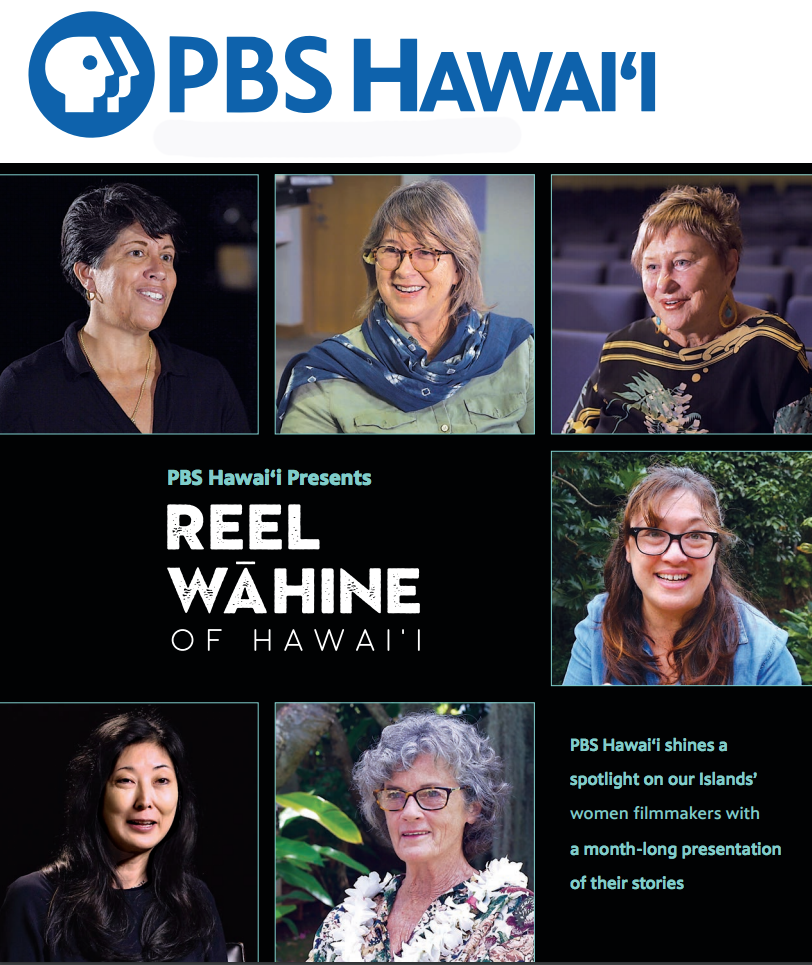 In April, PBS Hawai‘i shines a local spotlight on our Islands’ own women filmmakers with a month-long presentation of their stories. The presentation is anchored by the statewide broadcast premiere of PBS Hawai‘i Presents: Reel Wāhine of Hawai‘i on Thursday, April 30 at 9:00 pm.

This hour-long compilation of six locally produced short films tells the stories of these Hawai‘i-based filmmakers, taking them from behind the camera to out in front. The six short films recount each woman’s creative philosophies, challenges and triumphs in contributing to Hawai‘i’s film industry.

The shorts are produced by Hawai‘i Women in Filmmaking, a nonprofit organization with a mission to redress gender inequity in the film industry. The organization’s executive director, Vera Zambonelli, directed the short film on Paulson Hereniko.

As part of a month-long celebration of Hawai‘i women filmmakers, PBS Hawai‘i will also air these encore presentations: